Transactional analysts the world over use TA theory and applications to help others enrich their lives, their relationships, their learning, their work and organisations. But if you would ask any transactional analyst why they love TA they would probably also say: Because it changed my life. 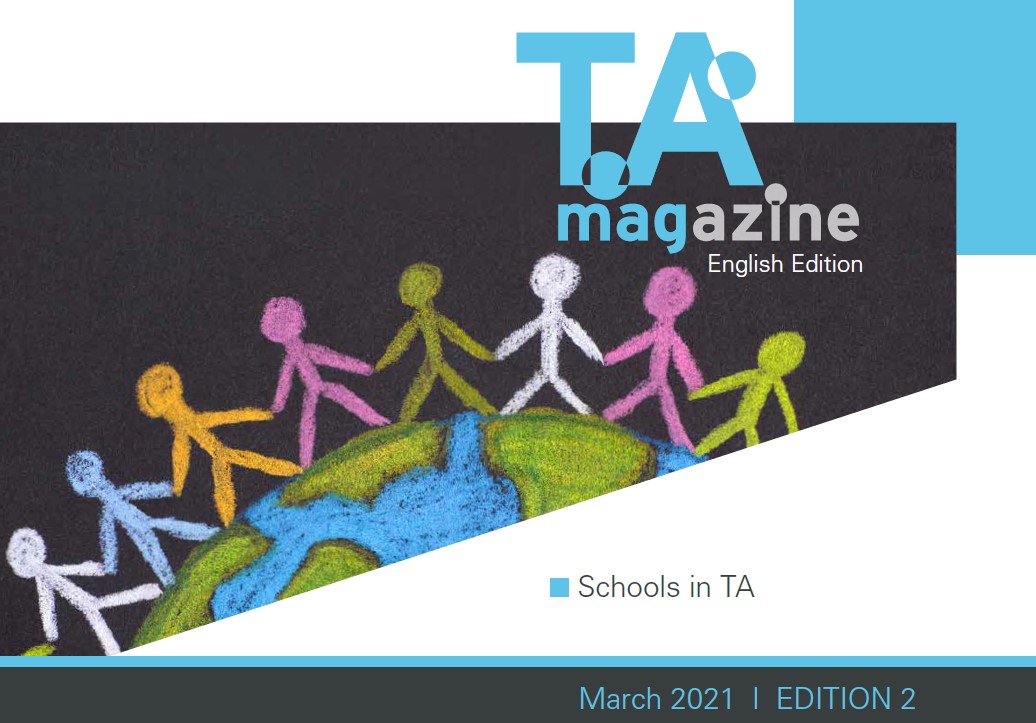 In a brainstorm session on TA and the future, the subject of the history of TA Theory emerged. If we know where we come from we can see the implications for theory and practice. Honouring our past gives shape and meaning to the present. Thus we came up with the question: on whose shoulders do we actually stand within TA? And what significance does that have for us now? The emergence of schools and approaches is a fact within science and psychology. The context changes, values and approaches change with it, something new arises again and again. The disappearance of a school is also a natural fact. The ebb and flow of new dialogues and developments, of creation and disappearance is in our eyes a manifestation of the viability of Transactional Analysis. In our investigation, we discovered that there is no complete or comprehensive overview of Schools available within TA. We found several authors who had made an
elaboration of Schools and approaches. Since the beginning of TA there has been a lot of dynamism and evolution worldwide. The emergence of new ideas or views is NOT a counter-movement but a further development of what has been established.
We continued our search with the question...... 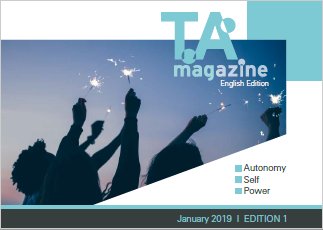 It is this power to help people change that has sustained me in TA for the past 30 years, besides the fun of meeting and discussing with my colleagues. One of the powerful ways to keep TA relevant and evolving is to write about it. And that has always also been one of my passions.

So, when I was asked in 2015 to become the editor of the Dutch TA journal I didn’t hesitate. However, I did say that I wanted to create a professional journal specifically for TA practitioners. The Dutch TA journal ‘Strook’ was first published in 1979. Since then its seen many transformations, thanks to the hard work of volunteers in the editorial boards and of course the authors.

In 2015 we decided to turn around the journal. The dream was to create a professional magazine for TA practitioners, to complement the Transactional Analysis Journal and the International Journal of TA Research.

The dream was to be rolled out in three distinct stages: enhancing the quality of articles, digitalization and broadening the target group from TA members to all people in the helping professions.

Blessed with a talented and enthusiastic team of editors we managed to make this dream come true. TA magazine is a digital magazine, published by the professional publisher Kloosterhof, distributed to 50.000 therapists, coaches, counsellors, psychologists, educators and doctors every 3 months in Dutch.

We have had editions on migration, autonomy and education, power in organisations, healing in relationship, Self, script and language, robotization, food, permissions, startups and sex. Sometimes it is mindboggling that we produce 85 pages of original TA material every three months for our readers. It just goes to show how inspiring TA is.

To celebrate our 3-year anniversary we decided to publish the most downloaded articles in 2016 and 2017 in English.

Please celebrate with us!